Issue 25: Jesus Vision – That We Might Become a Forgiving People 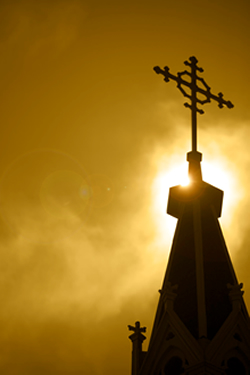 Recently at St Jude’s we looked at the vision of the Father, the Son and the Holy Spirit. The first aspect of Jesus’ (Son of God) vision is the power of the good news he brought and his subsequent sacrifice upon the cross to impact and change every person on this planet (Matthew 13:33). In this article, however, I want to focus on a second aspect of Jesus’ vision. Jesus has a vision that people like you and I can become forgiven people! He died that we might enter the kingdom of God through the sacrifice of His life so that through His blood we are cleansed from all sin. We are both forgiven for and cleansed from the sin and rebellion we have committed. However, his vision was far more extensive than that. He also believes that you and I can become forgiving people through the good news that he brought and the sacrifice that he made. Indeed not only can we become forgiving people but the community of faith – His Church – can also become a forgiving community.

Jesus highlights this vision in the story of the woman who washed his feet with her tears and wiped them clean with her hair. She did this whilst he was at dinner at one the Jewish leader’s house (Luke 7:36-50). Those present at the dinner were critical of Jesus because he allowed such a common woman – certainly a sinner, but also possibly a prostitute – to touch him in such a way. Jesus challenges his host, Simon, and the other pharisaical leaders with a story about the forgiveness of debt. Two debtors owed different amounts – one 500 denarii and the other 50. The creditor forgave both debts when they were not able to pay. Jesus asked Simon which of the two would be the more appreciative. He answered, of course, the one who owed the most. Jesus noted that the woman had shown far greater appreciation than his host in caring for him, because indeed her sins were greater. Jesus’ aim here with these leaders was to have them understand the importance of forgiveness of others as the response of those who have been forgiven by God. A response these particular leaders show they ignored by then criticizing Jesus for forgiving the woman of her sins.

Jesus believes we can have a tender and compassionate heart, forgiving others as indeed we have been forgiven by God. One of the most practical things I tell budding new priests and pastors to do when they arrive at a new church is to take up the carpets and clean under them. By this I refer to an almost universal habit Christian communities have in responding to hurt and offensive behavior of other members of the community by brushing the issue under the carpet . Offense occurs and though the offended party might still put on a happy smile to the offender one thing they determine to do is never trust that person again. If this happens consistently then the church develops a hardness of heart to others, especially those they deem to be unworthy or sinners.

In one country church I asked two of our wardens (lay leaders) to join me in the vestry for prayer. When we closed the door I told them they were going to think this really weird, but I thought we should pray for the floor. The look on their faces certainly confirmed that opinion. I noted that the polished floorboards that were laid throughout the church had been done some thirty years ago. I said we needed to pray for the residue of any offense taken or trouble that occurred when the floor boards were being laid. Thus we prayed.

The following Sunday at the Annual Meeting one of the items on the agenda was the project of carpeting the floor of the church to protect the children who had a habit of diving off the pews onto the floor. One of our older members asked whether we needed to do this because of all the work that had gone into raising the money to lay the floor boards in the first place. I noted that we really only needed to carpet the area under the pews which meant the most visible part of the floor boards would still be visible. We had an agreeable resolution of what must have been for them a difficult subject. However, I believe if we had not prayed the week before that lady would not have had the confidence to raise an objection to the proposal about the carpet. Jesus sees His people and community as a forgiving people.