Issue 26: How Many Times Should We Forgive? 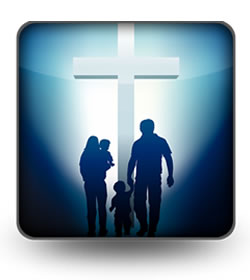 Today we look at the second part of Jesus’ vision of forgiveness. Jesus has a vision that people like you and I can become forgiven people! However, such forgiveness does not come naturally. Peter raised this question with Jesus when he said: “Lord, how often shall my brother sin against me, and I forgive him? As many as seven times?” Peter felt he was being quite generous when he noted seven times. However, Jesus responds by saying: “I do not say to you seven times, but seventy times seven” (Matthew 18:21 -22).

You know what happens by the 490th time? We can no longer see the offense nor accuse the offender. Rather, by that stage we see a brother or sister that desperately needs the love of God to be given to them through you or me. Jesus is so intense about this aspect of His vision that he warns us of the potential of losing our own forgiveness if we do not like-wise forgive our brother or sister from our hearts (Matthew 13:23 -35).

The following are a number of quotes that I’ve found particularly useful and thought I would share with you here.

“One reason sin flourishes is that it is treated like a cream puff instead of a rattlesnake.” – Billy Sunday

“Pain can either make us better or bitter.” – Tim Hansel

“Forgiveness is freeing up and putting to better use the energy once consumed by holding grudges, harboring resentments, and nursing unhealed wounds. It is rediscovering the strengths we always had and relocating our limitless capacity to understand and accept other people and ourselves.” – Sidney and Suzanne Simon

“When you forgive, you in no way change the past-but you sure do change the future.” – Bernard Meltzer

“I have learned that sometimes “sorry” is not enough. Sometimes you actually have to change.” – Claire London

“It takes a strong person to say sorry, and an ever stronger person to forgive.” – Unknown