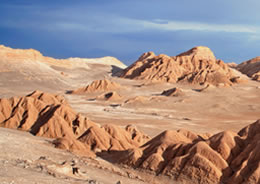 Both Matthew (4:1-11) and Luke’s (4:1-14) Gospels include a description of the temptation of Jesus, by the devil in the wilderness – an interaction that occurred after he had fasted for forty days and nights. The story is familiar to us, yet holds different levels of understanding, some plain and straight forward, others more complex. This story probably holds one of the most complex theological issues we have in the Gospels – the meaning of the temptations for Jesus Himself. Before exploring the more complex issues involved in the temptations (in the third of these articles), we are going to look at some of the significant truths touched on by the temptations themselves.

The temptations remind us that our points of weakness lay, on the one hand, around the desire for power, and on the other hand, with the hankering after riches. However, the possession of power and riches themselves is not the problem – it involves, rather, the price we pay to gain them and the attitudes we develop in possessing them. The first two temptations revolve around Jesus’ power, and challenge Him to prove Himself – “if you really are the Son of God…” Is not that the sum of our lives? I do not mean that we are the Son of God, but that we spend our lives trying to prove ourselves. How often do we exert ourselves to impress people, whom we perceive to be important, and have them simply tolerate us at the best? Whilst at the same time we totally ignore the incredible love of those closest to us – our husbands or wives, parents or children. How often have we returned home from work, college or school, rebuffed by those we try to impress there, only to vent our anger and take it out on our family and friends?

However, power does not only relate to positions that we hold that have certain responsibilities, and which, because of that come with certain levels of authority. The real problem is the means of gaining that power, whether positional or not, and then how we use it. Jesus instructs His disciples to seek true greatness through servanthood not rulership and lordship. He uses his own ministry as the example of one who serves. His issue is with the use of power that lords it over others, because of its coercive dynamics. Coercive power is always abusive power, whether it is overt and brutal, or covert and subtly manipulative. Jesus moves the focus of the disciples from the using of others for their own purposes, which denies their humanity and belittles their dignity, to loving them through servant leadership, which heightens their humanity and uplifts their dignity. Jesus does not direct us away from coercive power just because of its abusive nature, but because it is an ineffective use of power and leadership. We must be wary of assuming here that Jesus denies the use of power itself. Rather, he warns of a particular use of power in leadership dynamics. True use of power will see others grow through its outworking. As a result, they will be more likely to become healthier, wiser, freer and more autonomous than they would under a more coercive form of leadership.

Next week we will explore the second element of Jesus’ temptation – the temptation of riches, honour and glory!