Issue 33: The Creation Stories – A Number of Approaches Justice and Humanity – Part Three 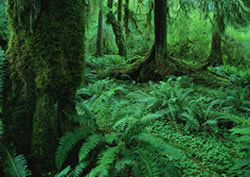 In the second of our series concerning the nature of justice and humanity, I noted that God created men and women with the power to think, to choose, and to worship and commune with God. Although, sin has perverted these capacities, they are still apparent in the nature of men and women – noting that the term sin itself is a loaded word that needs some unpacking. However, before we can move further in understanding the movement to despair that afflicts our human experience and the frailty of the human identity; we need to pause to clarify the direction from which our discussion proceeds. Having noted two different approaches to understanding the creation stories – the mythical and literal – it is important to understand the background to these approaches.

The mythical approach arises out of the liberal school of theology and the use of the historical-critical method of interpreting the scriptures. The literal approach, on the other hand, is usually attributed to a fundamentalist school of theology. It is always difficult to use generalizations about any particular approach so I will term the extremes of these approaches as philosophical liberalism and philosophical fundamentalism. The extreme liberal approach sees the scriptures as simply the words of men and women, which are reflections of their human experiences, interpreted in light of the divine. They deny any supernatural aspects of the scriptures, including any divine/human interactions, noting these as mythical stories. For instance, Martin Noth in A History of Israel proposes that Jacob and his twelve sons never existed (Genesis). They were mythical stories to give background and support to a confederacy of tribes that came together in Palestine itself, on the verge of their possession of the land. It is also seen in the approach of the “Jesus Seminar” that proposes that at the most only 20% of the words attributed to Jesus in the gospels were spoken by Jesus – the rest were the creation of the early Church.

The extreme fundamentalist approach sees the scriptures as only the Word of God, whereby God is seen as having dictated the words to the authors. The scriptures thus are inerrant, which proposes that there are no errors in the Bible. Any errors that may be noted are simply apparent. This poses some difficulties since John and the Synoptic gospels differ in the date of the last supper. There are also some discrepancies noted in the revelation of the Hebrew word for God, YHWH, to the Patriarchs – Abraham, Isaac, and Jacob – and Moses. Some proponents of this approach also deny the existence of miracles today. For them, miracles ceased once the Canon of Scriptures (the Bible as we know it) was completed.

One of the difficulties that has arisen over the debate between these two approaches, is that they have distracted us from what the text of the scriptures have to say and the truth claims they make. Two philosophers – Paul Ricoeur and Hans-Georg Gadamer – have proposed a greater engagement of the biblical texts themselves. They have done this without denying the issues raised by both philosophical liberalism and philosophical fundamentalism. Ricoeur notes that the biblical texts are both human words produced by humans and embedded in their situation, as well as the words of God, for God is both the author and referent of the biblical canon – that is, God is involved in the inspiration of the entire biblical texts. Ricoeur also notes that the texts of the Bible have a life of their own independent from the intentions of their authors. Gadamer takes us a step further and calls us to engage the texts of the Bible in a dialogue that involves both our presuppositions and ideas and the truth claims that lie within the texts themselves. He, along with Jürgen Habermas, Paul Ricoeur, Bernard Lonergan and Paulo Friere, dispute the objective claims of the Enlightenment, scientific positivism and philosophy and the anti-supernatural use of the historical-critical method of interpretation of the biblical texts. This does not dispute the fruit of scientific endeavours that have served us mightily in almost every arena of our lives, but calls for caution over the absolute claims of scientific philosophy that are not as objective as previously claimed.

“For at just the right time Christ will be revealed from heaven by the blessed and only almighty God, the King of kings and Lord of lords. He alone can never die, and he lives in light so brilliant that no human can approach him. No human eye has ever seen him, nor ever will. All honor and power to him forever! Amen!”

The Genesis writers are unanimous in this regard – what an incredible, awesome God is our God, who made both the heavens and the earth and all that is contained within them. This awesome God then made us, in the divine image and likeness and infused us with the divine life, making us both material and spiritual entities who have the capacity to relate to both a material and spiritual world.