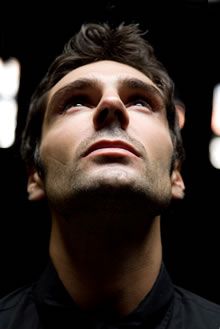 The New Testament describes Jesus’ challenge to the Jewish hierarchy in quite graphic terms (e.g. Matthew 23). What they do not describe is Jesus’ judgment upon the Roman Empire and their brutal occupation of Palestine. The Gospels are quite aware of that brutality, which during Herod the Great’s reign saw Joseph and Mary take Jesus to Egypt for protection and later settle in the small town of Nazareth for the same reason.

Jesus only challenges Rome’s power on two occasions – once at hearing the report that Herod the tetrarch of Galilee sought to kill him and the second to Pilate during his interrogation. He told Herod that he did not have the power to kill, because he had to go to Jerusalem (Luke 13:30-32). He told Pilate that he only had power over him because he had been given that power by God not Rome (John 19:11).

Throughout His ministry Jesus did not castigate the Roman hierarchy for their brutality or atrocities. When the Jewish hierarchy coaxed him to criticize the heavy Roman taxation system, Jesus responded by telling them to render to Caesar what is Caesar’s and to God what is God’s.

In Luke 13:1-9 members of the crowd raised the question about Pilate’s atrocities, especially in regard to the murder of Galileans whose blood Pilate had mingled with their sacrifices. We are not told who asked the question or why. It may have come from one of the Zealot’s who wanted Jesus to rise up as the Messiah and lead them in a physical overthrow of the Roman occupation forces. It may have come from someone whose family or friends had been amongst those killed, who wanted Jesus’ consolation or at least justification for their desire for the vengeance. Or it might have come from someone who was quite self-righteous and considered the Galileans inferior or more sinful than them.

Jesus’ response to the question certainly didn’t go along the lines that were expected by His hearers. Rather than condemning Rome or calling the Roman hierarchy to repentance, He actually calls his hearers, the Jewish crowd listening to Him, to repentance. He warns them not to consider themselves more righteous than either the Galileans who were slain, or those who were crushed to death by the fall of the tower in Silo’am. He warns the crowd that if they do not repent then they will likewise perish.

Jesus confronts here the underlying condition of the Jewish community of faith that was walking far from God (see also John 5). He calls them individually and corporately to repentance – to turn back to God and His ways. The warning that then comes with the parable of the fig tree is that unless they produce fruit as a result of their repentance then they shall surely perish.

At the time of Jesus there were four separate Jewish factions in existence. The Sadducees, whose activity revolved around the Temple; the Pharisees whose activity revolved around teaching the interpretation of the Law in their synagogues; the Essenes, whose activity was monastic and done in secluded communities away from any settled towns and cities; and the Zealots whose activity and desire to overthrow Roman control eventually brought the collapse of the Temple and the destruction of Jerusalem. None of these factions supported Jesus and His claims to be their Messiah. Only the Pharisees survived the crushing events of 66-70A.D. that saw the destruction of the Temple and Jerusalem .

In like terms, Jesus speaks to us. Let us not think that we are better than the Jewish community of faith who rejected Jesus’ claims to be the Messiah. Let us repent of our wayward ways, turning to God afresh in repentance and be committed to His purpose in our own day.