Issue 30: Characteristics of Positive People Developing the Ability to Overcome 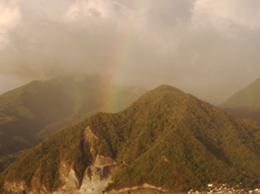 Life can often get you down, but positive people will take a number of actions in order to ensure that they remain positive. As a result they bear fruit and they develop the ability to overcome the problems and difficulties that they face.

Positive people choose carefully the people they listen to in their lives and the people who have influence in their decision making processes. They listen for God’s voice and when they hear the Word of God they take time to listen and understand what God is saying to them. Jesus said,

“As for what was sown on good soil, this is he who hears the word and understands it; he indeed bears fruit, and yields, in one case a hundredfold, in another sixty, and in another thirty.”

Because they take time out to understand what God is trying to say to them, they begin to draw upon the life-giving power that comes to us through the Word of God and the working of the Holy Spirit. They allow the Word of God to infiltrate their souls and transform their perceptions of the world and the purpose and will of God. They move away from conforming to the perceptions and ideas of this world and they act to transform their minds that they might understand what is acceptable to God and what is His perfect will. As Paul notes in Romans 12:1-2, they are no longer conformed to this world but are transformed by the renewal of their minds. They no longer seek to please the world and its agenda but seek to do that which is pleasing to God.

God’s desire for His people is not only to have abundant life, but to be prosperous in all they do. The Psalmist begins his book by noting that the person, who turns away from the debilitating impact of negativity, “…in whatever he does, he prospers.” The Psalmist notes three aspects of negativity that we need to turn away from in order to sow seeds of prosperity in our lives:

Do not walk in the counsel of the wicked. This means we are not to take the advice of the wicked and be lured down the same path they take which only leads to destruction. Proverbs tells us neither to be enticed by sinners nor to enter into their form of negativity which abuses the innocent and only leads to evil (Proverbs 1:10ff).

Do not stand in the paths of sinners. This means that we are not to follow in the paths of those who have forsaken God and His ways and have turned to their own ways of selfishness and self-centredness.

Do not sit in the seat of scoffers. This means that we are not to enter into the critical perspective of cynicism and pessimism that only sits and criticises what others do and shreds their efforts at building the Kingdom of God .

Those who wish to prosper need first to turn away from the things that contribute to negativity, and turn to do those things that contribute to prosperity. The Psalmist also notes that it is God’s greatest desire to see His people rise up to prosperity in their lives. He writes, “The Lord be magnified, who delights in the prosperity of his servant.” [Psalm 35:27] It is not a matter of whether bad things happen to good people, but when bad things do happen to good people how they handle it. Negativity calls us to wallow in self-pity and despair, whereas God calls us to rise above the circumstances and overcome them in and through Jesus Christ. In the Book of Revelation, Jesus’ message to each of the seven churches was He would reward “…he who overcomes,” despite the fact that each of them suffered from different external and internal pressures. [Rev 2-3]