“Therefore if anyone is in Christ, he is a new creation;
old things have passed away; behold, all things have become new.”
2 Corinthians 5:17 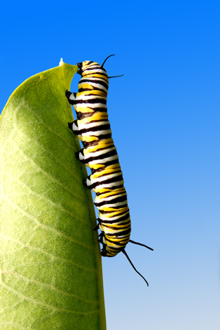 In 2 Corinthians 5:16-21 Paul proclaims that when we are reconciled to God through a relationship with Jesus Christ that we become a new creation . However, many people feel that they are not good enough to be accepted by God because of the things they have done and the attitudes they have held.

Some say that the church’s roof might fall down if they enter it. My response is always that we have reinforced the foundations and walls especially for them .

Winkie Pratney talks of a Christian woman who lived next to a mafia godfather. This man resisted any attempts to her witnessing to him about Jesus Christ. However, this man became ill and she acted out her Christianity by taking him meals.

She was a particularly good cook and when the man recovered he told her that he would give anything to her that she would like.

As he was an honourable man he agreed to her request, went to the service and was the first one down to the front at the call for salvation. He gave his heart totally to God and became a witness to Jesus wherever he went. He had become an entirely new person through Jesus Christ.

Certainly most of us are not mafia god-fathers and we live a pretty good life caring for others as the opportunity arises. Paul tells us that indeed he was extremely good in his life and perfect in keeping the Jewish laws. However, he also cries that he was the worst of sinners because of his rejection and persecution of Jesus.

Paul also adds that the purpose of our becoming new creations in Christ is so we can be ambassadors for God – proclaiming His love and forgiveness to a lost and forlorn humanity. One of the outcomes of seeking God, either as one coming for the first time or one who has come decade after decade, is a deeper relationship with God. A relationship that also deepens our love and purpose to see humanity brought into the kingdom of God.